Batteries to Supercharge Demand for Zinc 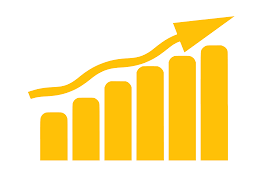 Batteries to Supercharge Demand for Zinc

Dan Sisson, vice president of research and innovation at nickel-zinc battery producer ZincFive Inc., sees vast growth opportunities, though he wouldn’t get into specific numbers. “We’re just starting to penetrate,” he said. “That’s why the market is so big for us—the growth potential is so huge.”

Global consumption of refined zinc totaled 13,936,000 tonnes in 2016, according to the International Lead and Zinc Study Group.

Wilkins said that nickel-zinc batteries, primarily meant for the production of motion, stationary storage and military applications, have the potential to penetrate 20 percent of the lead-acid battery market, equivalent to between $15 billion and $20 billion per year.

Wilsonville, Ore.-based ZincFive is primarily involved in the installation of nickel-zinc batteries at roadway intersections, with more than 700 in operation across the United States. “Every intersection that has lights also has a big box that communicates intersection data,” Sisson said. “We run that. We keep the intersection up during power outages.”

While still in the early stages of development, Sisson said that ZincFive is starting to penetrate the automotive stop-start systems market. “Lead-acid batteries aren’t good for the environment,” he said. “If you have lead paint on the house, you need to treat it like asbestos. Several states have outlawed lead fishing weights. But tens of millions of lead-acid(-battery-powered) cars are on the road. Our goal is to replace lead acid.”

Nickel-zinc batteries cost more than lead-acid batteries, but Wilkins is confident prices will go down once more consumers get on board.

Said Sisson: “At our current pricing, we’re comparable to a high-quality lead-acid battery. We’re getting there.”

ViZn’s zinc-iron flow batteries are in the early stages of commercial ramp-up but are “moving toward full commercial production,” Wilkins said. The batteries are primarily intended to meet the needs of grid-scale storage, a compilation of techniques used to store electrical energy on a large scale within an electrical power grid.

The technology for zinc-iron flow batteries was originally developed by Lockheed Martin Corp. in the 1970s as a response to the energy crisis in the U.S., but the crisis ended before the technology could be commercialized. ViZn has spent the last seven and a half years “redesigning and re-engineering the technology to meet the needs of microgrids,” Wilkins said.

Zinc-iron batteries can generate both high power and robust capacity, making them a “flexible asset,” Wilkins said. Their main competitor in the grid-scale storage space, lithium-ion batteries, have a 40-to-50-percent higher lifecycle cost.

ZAF also produces zinc-air batteries, which are usually intended for logistics, consumer electronics, military and motive applications. However, Wilkins said it will be “still another couple years before commercial development” of those batteries begins.